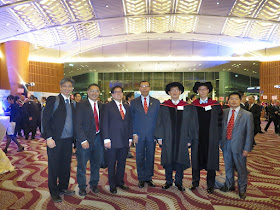 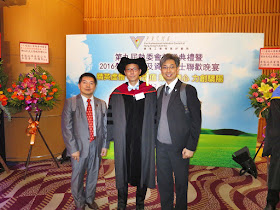 I assisted him to take a photo with Dr Li S H, Eddy, BBS JP (President of CMA). 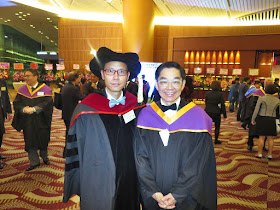 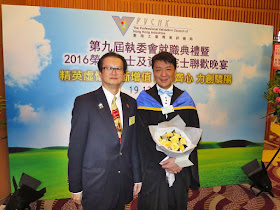 I met Prof. Winco K.C. Yung (PolyU) and he was past HKSQ exco member. 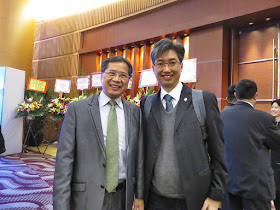 In the beginning, group photo was taken for all awardees of honor fellow and fellow. 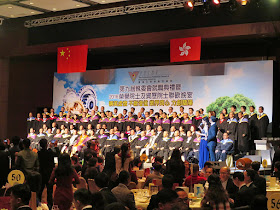 Our table was 70 (totally 98 tables). We took a photo before gala dinner. 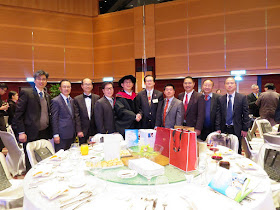 The Hon Gregory So Kam-leung (Secretary for Commerce and Economic Development) gave a welcome speech.  He said PVCHK was recognized awardees’ contribution in the industry. 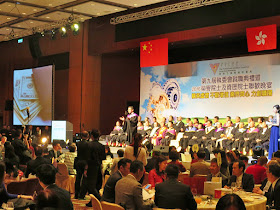 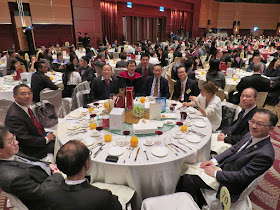 We took a group photo with him. 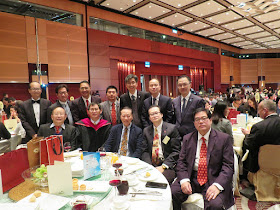 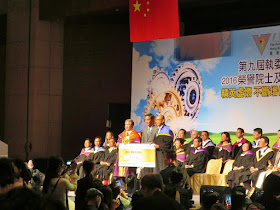 After that The Honourable C.Y. Leung (Chief Executive, Hong Kong Special Administrative Region) gave a guest speech.  He introduced the ITB and appreciated all Industrial professional in PVCHK.  He said we needed to lead re-industrialization through Government-Industry-University-Institute (官產學研) collaboration. 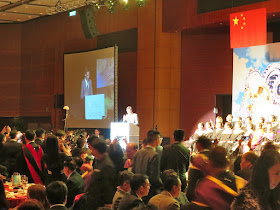 After the group photo, all guests and awardee gave a toast to all participants. 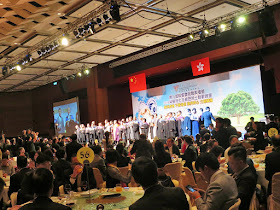 Talk Show named “Innovation * Industry”. Dr Li S H, Eddy was MC and two speakers were Mr Yeung Kin-man and Prof. Timothy W. Tong (President, PolyU).  Mr. Yeung said as Entrepreneur who must be greedy and ambitious, so that your company could build larger and larger. In this highly competitive market, management was the most important such as lower failure ratio and higher productivity as your competitive force. 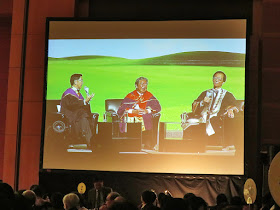 Then Prof. Timonthy Tong said one of University roles is to supply talent for industry.  Mr. Yeung Kin-man invited one of his young staff who graduated in PolyU in 2006.  Only ten years served in Mr. Yeung’s company, he managed all iPhone projects!  He said selection of good boss was the most important! 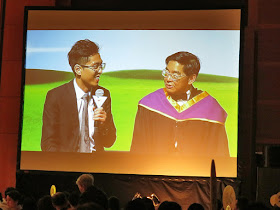